This message is only visible to admins.

Error: No posts available for this Facebook ID
Solution: See here for how to solve this error
Join Group
GO UP

This place is huge!
Australia is the sixth largest country in the world. It’s about the same size as the 48 mainland states of the USA and 50 per cent larger than Europe, but has the lowest population density in the world – only two people per square kilometre.

Beach paradise
Australia’s coastline stretches almost 50,000 kilometres and is linked by over 10,000 beaches, more than any other country in the world. More than 85 per cent of Australians live within 50 kilometres of the coast, making it an integral part of our laid-back lifestyle. If you were to visit a new beach in Australia every day, it would take you over 27 years!

Unique wildlife
Australia developed a unique fauna when it broke away from the super-continent Gondwana more than 50 million years ago. Today Australia is home to a wealth of wildlife not found anywhere else in the world. We have around 800 species of birds, half of which are unique to this country. Our marine environments contain more than 4,000 fish varieties and tens of thousands of species of invertebrates, plants and micro-organisms. About 80 per cent of Australia’s southern marine species are found nowhere else in the world.

People and Culture
Since 1945 more than six million people from across the world have come to Australia to live. Today, more than 20 per cent of Australians are foreign born and more than 40 per cent are of mixed cultural origin. In our homes we speak 226 languages – after English, the most popular are Italian, Greek, Cantonese and Arabic.

Aboriginal culture
The Dreamtime is the sacred ‘time before time’ of the world’s creation. According to Aboriginal belief, totemic spirit ancestors emerged from the earth and descended from the sky to awaken a dark and silent world. They created the sun, moon and stars, forged mountains, rivers, trees and waterholes and changed into human and animal forms. Spirit ancestors connect this ancient past with the present and future through every aspect of Aboriginal culture. Rock art, craft and bark painting reveal Dreamtime stories, mark territory and record history, while songs tell of Dreamtime journeys, verbally mapping water sources and other essential landmarks. Their special lyrics have been passed down virtually unchanged for at least 50,000 years, and are often accompanied by clapsticks or the deep throb of the didgeridoo. Similarly, traditional dances reveal creation myths, enact the deeds of Dreamtime heroes and even recent historical events.

Australian English
Australians have a unique colloquial language – a combination of many long lost cockney and Irish sayings of the early convicts with words from Aboriginal languages. We often abbreviate words and then add an ‘o’ or ‘ie’ on the end as in ‘bring your cossie to the barbie this arvo’. We also like reverse nicknames, calling people with red hair ‘bluey’, saying ‘snowy’ to someone with dark hair, and tagging ‘lofty’ to someone who is small in stature. We tend to flatten our vowels and end sentences with a slightly upward inflection.

English is the national language. Grammar and spelling are largely based on those of British English. According to the 2001 census, English is the only language spoken in the home for around 80% of the population. The next most common languages spoken at home are Chinese (2.1%), Italian (1.9%), and Greek (1.4%).

A considerable proportion of first- and second-generation migrants are bilingual. It is believed that there were between 200 and 300 Indigenous Australian languages at the time of first European contact. Only about 70 of these languages have survived, and many are only spoken by older people; only 18 Indigenous languages are still spoken by all age groups. An indigenous language remains the main language for about 50,000 (0.25%) people.

An outdoor lifestyle!
With more than 80 per cent of Australians living within 50 kilometres of the coast, the beach has become an integral part of our famous laid-back lifestyle. From Saturday morning surf-club training for young ‘nippers’ to a game of beach cricket after a barbeque, we love life on our sandy shores. We jostle for a spot on packed city beaches, relax at popular holiday spots and drive to secret, secluded beaches in coastal national parks. We go to the beach to enjoy the sun and surf or to sail, parasail, fish, snorkel, scuba dive and beach comb. It’s where we socialise and play sport, relax and enjoy romance. It’s also the site for celebration. On New Year’s Eve, revellers dance in the sand and watch fireworks at Manly and Bondi beaches in Sydney and Glenelg in Adelaide. Many beaches host citizenship ceremonies on Australia Day  and on Christmas Day up to 40,000 international visitors converge on Bondi Beach wearing Santa hats and swimming costumes. Australia’s most famous beaches – Bondi and Manly in Sydney, St Kilda in Melbourne, Surfers Paradise on the Queensland Gold Coast, Cottesloe in Perth and Glenelg in Adelaide – attract locals as well as international tourists.

Things to do:
It’s not hard in a country that holds 550 national parks and 15 World Heritage- listed wonders. You’ll see snow-capped mountains and salt-encrusted lakes, rolling countryside and turquoise sea. Find strange creatures, colourful birds and vibrant fish. This is a country where boundaries blur – ancient rainforests skirt modern cities and waterways surge from craggy red earth. In Australia you can get up close to our native plants and animals and experience spectacular beauty on land, air and sea. 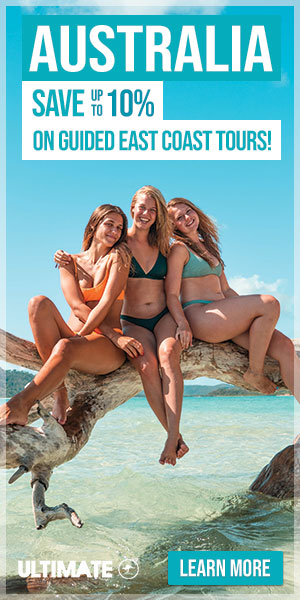 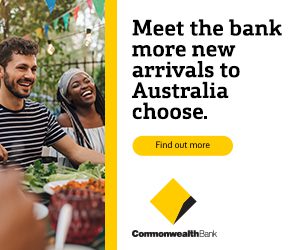